Investing in the health of the community

Many community-spirited individuals, starting with Frederick E. Willet, MD, have helped shape the history of health care in Steamboat Springs into what it is today. The commitment for staying ahead of the health care curve, and for having the latest equipment, technology, and methods continues to be a hallmark of YVMC thanks in part to generations of unwavering generosity and vigorous determination of boards, administration and a litany of volunteers. 2017 – YVMC welcomed the addition of the new Jan Bishop Cancer Center. A beautiful state of the art cancer facility serving patients and the families in the Yampa Valley and beyond. Because of continued support and generous donations, The Foundation raised over $3.7 million towards the building of the Jan Bishop Cancer Center. We are grateful to Joe Bishop and his family for helping make our dream of an excellent cancer care center in our community a reality.

2016 – In November, The Gloria Gossard Breast Health Center relocated its facility to the Outpatient Pavilion. The center has the latest state of the art equipment including digital mammography, high resolution ultrasound and breast MRI.

2015 – Phase 1 of renovation began on the YVMC campus with the Outpatient Pavilion and relocation of YampaCare for Women. The new facility opened in February 1, 2016 with the expansion of exam rooms and state of the art technology. The Diamonds & Denim 2015 Gala raised exceeded expectations of raising $250,000 towards the new cancer center. It was announced at the gala the naming of the cancer center in memory of Jan Bishop in recognition of a gift from Joe Bishop.

2013 – YVMC bid a heartfelt farewell to the Doak Walker Care Center, which relocated to the new Casey’s Pond senior living campus, where it has been renamed the Doak Walker House. We maintain an inter-generational connection with regular visits from GrandKids children.

2010 –A $13 million expansion, completed in February 2010, doubled the size of our Family Birth Place, created a new Digital Mammography Suite and Minor Procedure Area, and added much-needed space to Surgical Services and other departments.

2009 – YVMC celebrated several milestones — 30 years of providing long-term care, 20 years for SportsMed rehab and therapy services, and “Cheers to 10 Years” for YVMC’s presence at the Central Park Drive location. During our first decade on this campus, we have added or enhanced numerous services such as YampaWorks Occupational Health, Joint Replacement Program, Pulmonary Rehab and cardiology diagnostics.

2000 – The new campus buildings at YVMC, including a medical office building, the Doak Walker Care Center and GrandKids, were completed in 2000.

1998-1999 –Groundbreaking for Yampa Valley Medical Center was held in February 1998, and the hospital opened on November 21, 1999. Other campus buildings, including a medical office building, the Doak Walker Care Center and GrandKids, were completed in 2000.

1992 – The need for a larger hospital was obvious. Planning and fundraising began for a new medical center and campus on a centrally located 46-acre site near the Steamboat Ski Area. A generous community donated more than $6 million.

1981 –GrandKids Child Care Center opened in November 1981, bringing generations closer together and providing a needed community service. It was the first child care center to be located inside a skilled nursing facility in the state of Colorado, and its intergenerational program still serves as a national role model.

1970’s– The 1960s saw the opening of the Steamboat Ski Area and a corresponding need to increase hospital services. A remodeling added outpatient treatment space in the early 1970s. The sign above the new entrance read: “Ski Injuries Only.”

1946 – The Steamboat Springs Hospital Association elected a Board of Directors that selected a site on Park Avenue for the new hospital. Dr. Willett donated his hospital building to the cause, and it was purchased by the school district. The building served as the high school and junior high band room as well as the Seventh Street Playhouse before being torn down in 2005.

After several years of design, construction and fundraising, Routt County Memorial Hospital was dedicated on August 13, 1950. Our Hospital Auxiliary was formed during that decade to help the hospital through some financially difficult years.

The Community asked the hospital to take over the adjacent nursing home, which was renamed Routt Memorial Extended Care Center.

1921 – Dr. Willett opened a new hospital in a converted apartment building on 7th and Aspen streets. Twenty-five years later, Dr. Willett and the community saw the need for a new structure and a non-profit community organization to run it.

Be the first to know about Yampa Valley Medical Center Foundation events, news, and updates. Sign up for our newsletter! 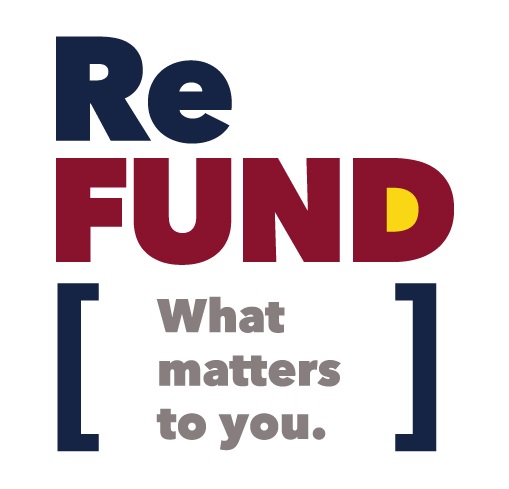